Note as of 2020, the original post has been broken up into separate shorters posts for easier reading/finding/indexing.
See current index here.

Who is rated the best on AIRR of hoodoo rootworkers, I have a complex problem that needs solved, who can do rootwork?

Edited and updated response is at Wordpress blog here.

Can Santisima Muerte be petitioned for uncrossing and healing?

Can you put Erzulie Freda with Santa Muerte?

Why did my goofer dust fail?


How to make Martha the Dominator work in three days?

First of all, I would caution you that you can't "make" a saint do anything. Second of all, don't micromanage stuff like this; it's not very smart. If you go to a lawyer for a problem, you tell him your problem, and he takes your case, and then you let him do his job. You don't dictate the terms and you don't tell him what day your court case is going to be and what the sentence is going to be, and if you tried, he'd at best laugh and he might just show you the door. You don't go to a doctor or therapist with a problem and then tell them how and when to fix the problem; if you do, you're a fool. You don't go to a family member or friend and ask for a favor and then demand that they carry out that favor according to certain details; you ask for the favor, and you politely let them know what you need ("I really need to have the car by 3 pm so I can pick X up at the airport and then I could return it on Sunday, if that's ok with you"). 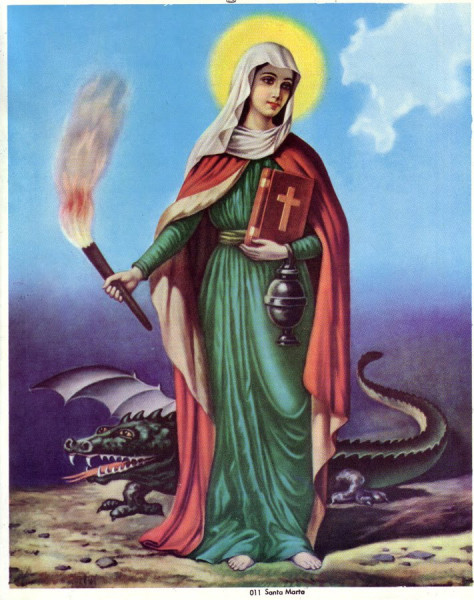 You petition a saint for their intercession, and you let them know what you need, and then you get the hell out of the way. If they grant your petition, you thank them. If they don't, well, maybe it was the will of God, or maybe you were a jerk; maybe there is a good reason that you can't have what you asked for in the timeframe you asked for it in. Maybe three days is unrealistic, and you screwed yourself by insisting on three days - they could have done it in 7, but since you were a jerk about the 3 days, now they aren't going to do a damn thing, because you need to learn a lesson. The saints answer prayers, but sometimes the answer is "No." You still treat them with respect because you have a relationship with them. If you didn't have a relationship with them before you asked a favor, then that was your mistake right there. What would you think if a new person moved into the neighborhood, knocked on your door, and asked to borrow your car for the weekend? You'd think "who the hell is this guy and what is his problem, he can't even introduce himself first?" Sure, there is a long tradition of "compelling" saints and spirits through such measures as turning a picture upside down, whipping a statue, taking something off their altar to return when they come through, etc. But you had damn sure better know what you're doing, have a pre-established relationship with the saint, and know that you aren't risking extreme wrath if you go that route with this saint (not every saint is petitioned/treated this way). Traditionally, such coercive measures were used in emergencies - if the monastery crops were failing and people were starving and the continued existence of the Church and thus the saint's home was threatened, it would be appropriate to set the statue on the floor and be a bit more emphatic about your needs. If it is not an emergency, though, and if you don't already know what you're doing, I would think twice about taking this route.

***
[*] I don't mean to imply that the only ethical, experienced workers are AIRR workers. There are good workers elsewhere too, and I count plenty of non-AIRR readers and workers as colleagues and friends. I just happen to know the ethics and vetting of AIRR workers, so I can speak in detail and in confidence about them.